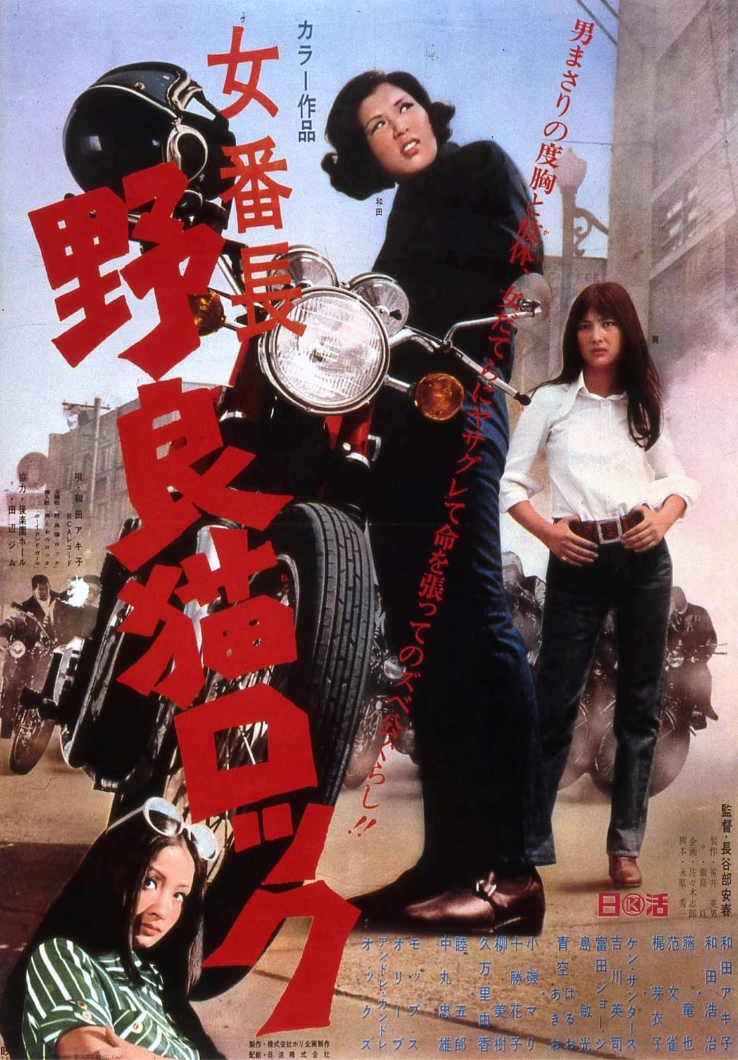 You can't get enough of the Japanese motorbike scene, so this week on Friday we're giving ourselves a Japanese outlaw biker film from 1970. Alleycat Rock: Female Boss has everything a good exploitation film needs: Girl gangs, knife fights, motorbike chases, right-wing nationalists, Japanese four-cylinders and a super beat soundtrack.

The warm-up programme is a talk by Elspeth Beard, one of the first English women to set off from London in 1982 at the age of 23, and circumnavigate the globe on a motorbike.

Moto Cinema brings the best flicks from the world of two-wheeler films and more to the Craftwerk Kantine screen this winter.

This website uses cookies to improve your experience while you navigate through the website. Out of these, the cookies that are categorised as necessary are stored on your browser as they are essential for the working of basic functionalities of the website. We also use third-party cookies that help us analyze and understand how you use this website. These cookies will be stored in your browser only with your consent. You also have the option to opt-out of these cookies. But opting out of some of these cookies may affect your browsing experience.
Necessary Always Enabled
Necessary cookies are absolutely essential for the website to function properly. These cookies ensure basic functionalities and security features of the website, anonymously.
Functional
Functional cookies help to perform certain functionalities like sharing the content of the website on social media platforms, collect feedbacks, and other third-party features.
Performance
Performance cookies are used to understand and analyze the key performance indexes of the website which helps in delivering a better user experience for the visitors.
Analytics
Analytical cookies are used to understand how visitors interact with the website. These cookies help provide information on metrics the number of visitors, bounce rate, traffic source, etc..
Advertisement
Advertisement cookies are used to provide visitors with relevant ads and marketing campaigns. These cookies track visitors across websites and collect information to provide customized ads.
Others
Other uncategorised cookies are those that are being analysed and have not been classified into a category as yet.
SAVE & ACCEPT